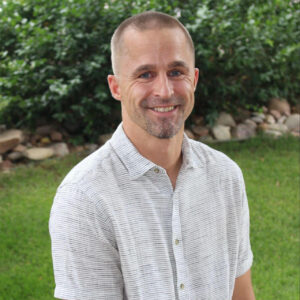 Kyle is a graduate of Ready to Work, successfully completing the program in November of 2017. Raised in a loving, middle class family, Kyle moved from California to New Jersey and eventually to Colorado.  While a teenager, he experimented with drugs and alcohol, but never got into any real trouble. Kyle was a bright student and graduated in the top 10 of his high school class. He married his high school sweetheart while working on his associate’s degree from Front Range Community College.

By 27, Kyle had a solid job as an electrical technician making a good living. However, his life was slowly spiraling out of control. He was drinking heavily, which led to marital problems and divorce.. His drinking increased and he started  using prescription drugs, heroin and methamphetamine to numb his feelings. His performance on the job also suffered. He received a DUI, an eviction and a lien on his property for unpaid taxes. “Eventually, I lost my job, I lost my home and ended up living out of my car,” he says. Kyle’s problems worsened in the following years including violence from gangs, criminal activity and lack of a stable income. “The worst part was the horrible delusions and paranoia that were caused by the drugs and alcohol. I should have died on the side of the road from kidney failure and hypothermia, but somehow managed to survive.”

After losing his car, Kyle rambled around the country with his backpack. He eventually returned to Boulder, where he found Bridge House’s Resource Center and applied to the Ready to Work Program. He was soon accepted as a trainee and moved into the Ready to Work house. “I had not slept in a bed in over 2 years and it took some adjustment for me to learn how to live a stable life again,” Kyle shares. Kyle took advantage of every opportunity that Ready to Work could offer, including financial counseling, help obtaining his lost identification documents, and a job with a steady paycheck. He received a mentor, who encouraged him on his journey, and he thrived from the compassion provided by the staff at Ready to Work. He worked alongside his Case Manager, slowly putting his life back together in many areas. After 11 months, Kyle graduated from the Ready to Work program and continued his journey to self-sufficiency.

Over the last 5 years, Kyle shared that he has finally gained some peace in his life. He regularly returns to the Ready to Work house with his head held high, laughing and sharing stories with the team who helped him get back on track. His current job as an electrical technician at D.I.A. allowed him to purchase a car and in 2020, he and eventually his own home. Kyle admits, “Things are so different for me now, compared to my years on the streets. Decisions that I made took me to a very bad lifestyle and it was impossible for me to get out on my own. Ready to Work is truly the stepping stone that helped lift me up.”

I made it out with the help of Bridge House